Jack Goes Boating – Jack (Philip Seymour Hoffman) is a single, introverted limo driver in New York City. When Jack’s troubled married friends Clyde (John Ortiz) and Lucy (Daphne Rubin-Vega) set him up with Connie (Amy Ryan), the two don’t quite hit it off. That doesn’t stop Jack from making lifestyle changes, such as taking swimming lessons so the two can go boating one day. Based on a play, Jack Goes Boating is paced as if it were being performed for a theatre audience, which isn’t necessarily a bad thing as the performances are all stellar and the solid script is intriguing from beginning to end. Jack Goes Boating is Hoffman’s directorial debut and is pretty much what one might expect from the eccentric and versatile actor (if you like him onscreen, you’ll like his vision behind the camera). Special features on the Blu-Ray include deleted scenes, a featurette on taking the play to the screen, and a piece on New York City. Available on Blu-ray. *** Blu-Ray ***

Watch the trailer for Jack Goes Boating below: 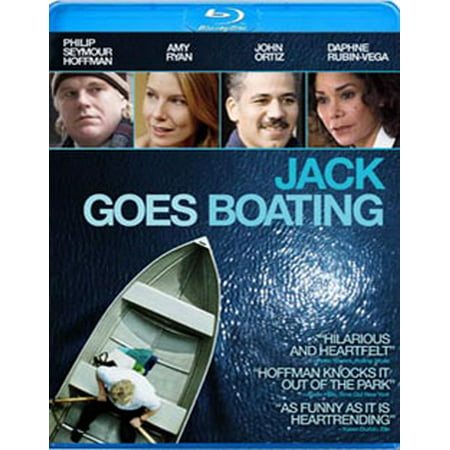